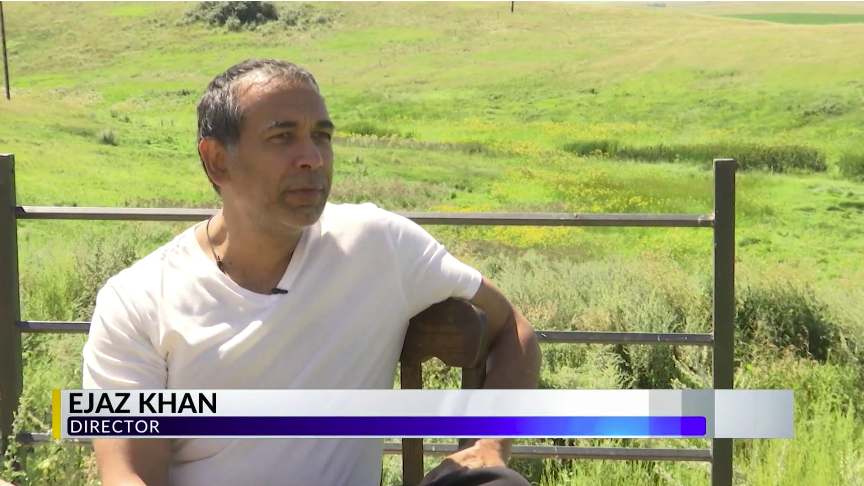 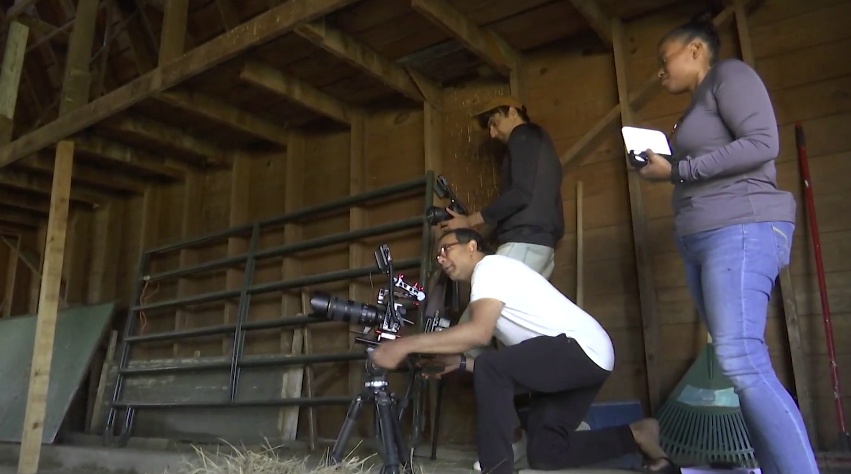 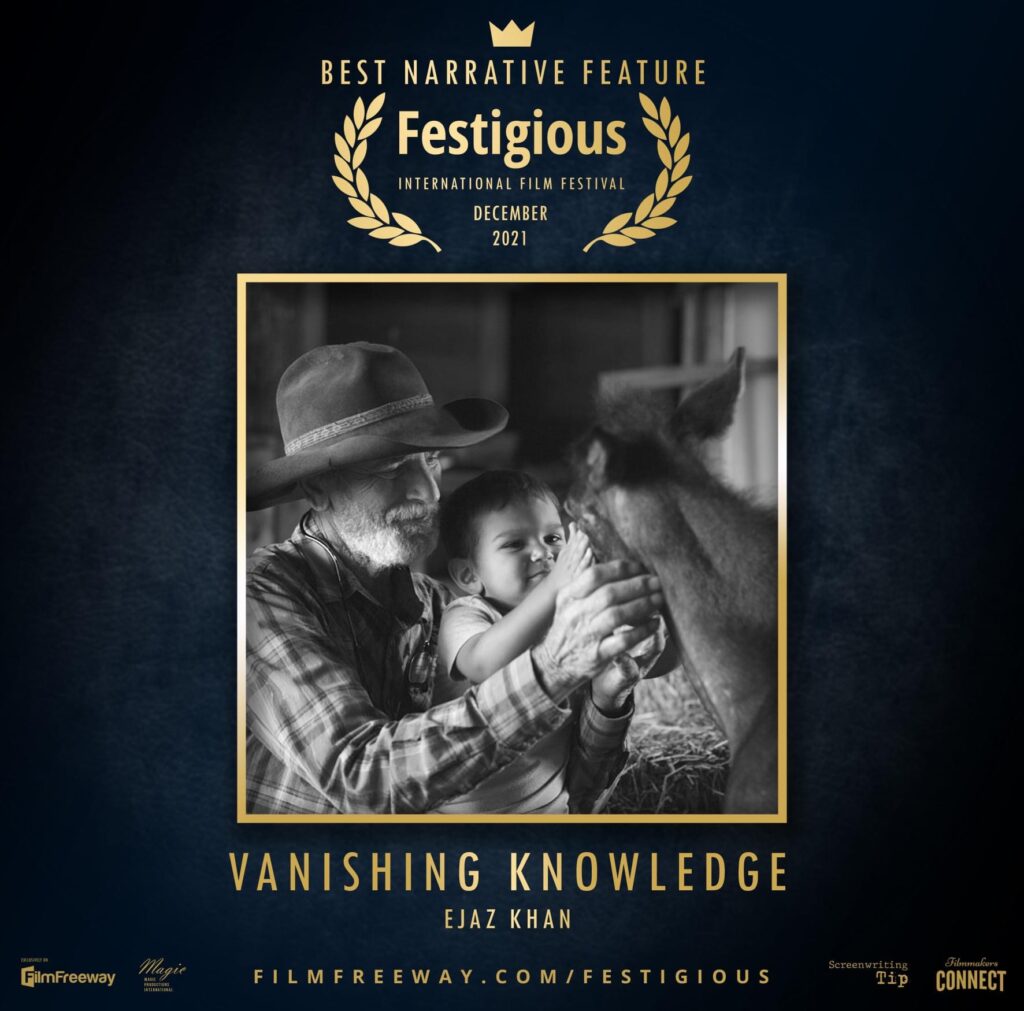 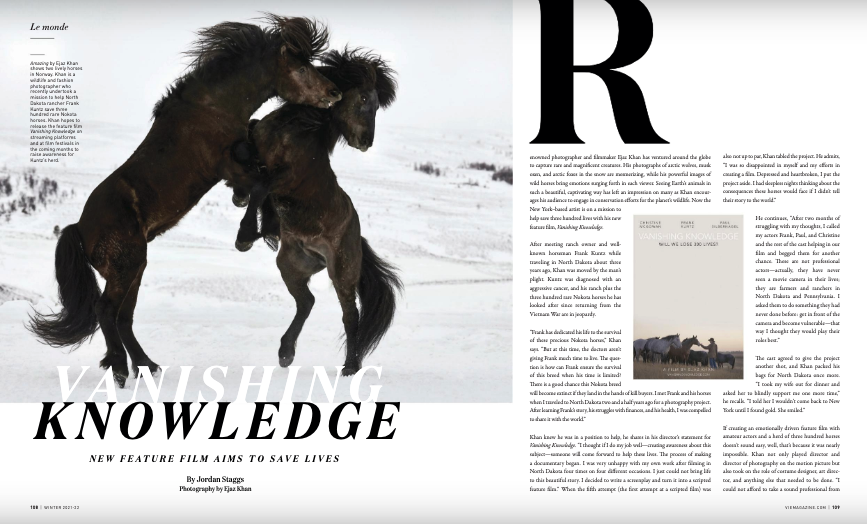 ENJOY THE FULL VIE MAGAZINE ARTICLE AT THIS LINK

Ejaz Khan has made a feature film that he hopes will help save the Nokota horses in North Dakota.

The film “Vanishing Knowledge” evolved out of a fine art photography project featuring the horses.

Because most of the Nokotas are in a herd of about 300 owned by Frank Kuntz, a rancher near Linton, Khan got to know Kuntz — and learned the perils faced by the horses, who confront an uncertain future once the 70-year-old Kuntz is gone…READ MORE 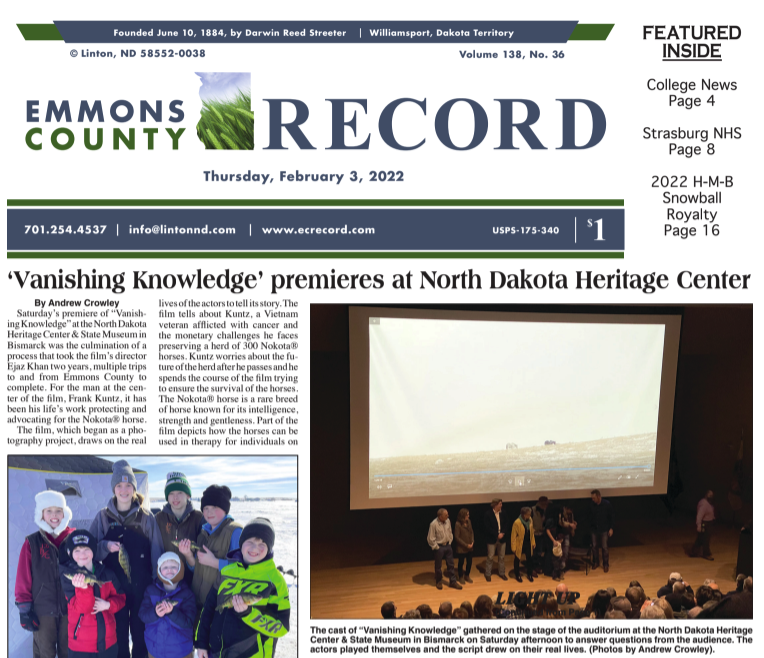 Saturday’s premiere of “Vanishing Knowledge” at the North Dakota Heritage Center & State Museum in Bismarck was the culmination of a process that took the film’s director Ejaz Khan two years, multiple trips to and from Emmons County to complete. For the man at the center of the film, Frank Kuntz, it has been his life’s work protecting and advocating for the Nokota® horse.

The film, which began as a photography project, draws on the real lives of the actors to tell its story. The film tells about Kuntz, a Vietnam veteran afflicted with cancer and the monetary challenges he faces preserving a herd of 300 Nokota® horses. Kuntz worries about the future of the herd after he passes and he spends the course of the film trying to ensure the survival of the horses. The Nokota® horse is a rare breed of horse known for its intelligence, strength and gentleness. Part of the film depicts how the horses can be used in therapy for individuals on the autism spectrum…READ MORE